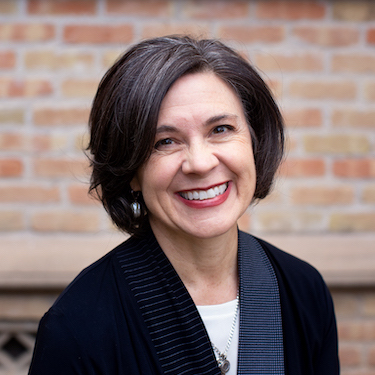 PhD, Graduate Theological Union, 2003, Homiletics and Liturgical Studies, Dissertation: âThe Sermon in the Ordo: Toward the Recovery of a Liturgical Homiletic for the Reformed Traditionâ

The Reverend Dr. Jennifer L. Lord is The Dorothy B. Vickery Professor of Homiletics and Liturgical Studies at Austin Presbyterian Theological Seminary. She joined the faculty in 2005. Previously she was assistant professor of Preaching and Worship and Dean of the Chapel at Lancaster Theological Seminary and served pastorates in Nebraska and Upstate New York.Â  She was ordained to the Ministry of Word and Sacrament in 1990 in the Presbyterian Church (U.S.A.)Â

Dr. Lord received a BA in English Literature and Ancient Studies from Albion College (1986) where she was inducted into the Phi Beta Kappa Society. She received the MDiv from Princeton Theological Seminary (1989) and the PhD from the Graduate Theological Union in co-operation with the University of California, Berkeley (2003). Â

Her work focuses on liturgical theology informing preaching, presiding/worship leadership, spirituality, and renewal of Sunday worship practices.Â  In addition, and in relation to these liturgical foci, she researches and presents on Pilgrimage, Liminality studies, and Womenâs voice in preaching and liturgical leadership.Â

Current book projects include:Â Pilgrimage: A Lenten Devotional;The Sunday Sermon: A Liturgical Homiletic;Â Preaching the Revised Common Lectionary;Â Walk It Out: Pilgrimage, Liminality, and Meaning; andÂ Another Year With the Orthodox: Questions for a Liturgical Spirituality.Â

Her bookÂ Finding Language and Imagery: Words for Holy SpeechÂ (Fortress Press,Â Elements of Preaching Series) was published in 2009 and has since been translated into Madarin and Indonesian (2015, 2018). She was a contributing author forÂ New Proclamation on Feasts, Holy Days and Other CelebrationsÂ (Augsburg Fortress, 2007).Â

She also served as an Editorial Advisory Board member and Consultant for the revision of the PC(USA)Â Book of Common Worship.

Dr. Lord is active in her academic guilds. She has served collectively over two decades on the executive boards of the Academy of Homiletics and the North American Academy of Liturgy. In January 2016 she was elected by the membership of NAAL to the office of Vice-President and served as President for the 2018 meeting in Vancouver, B.C. She is also a member ofÂ Societas Liturgica, the international society for the study and renewal of worship.Â

She has walked over 1500 miles in 3 countries on the network of trails that are the Camino - the Compostela, the Way of St. James - and these travels undergird her work in pilgrimage and liminality studies.Â  In June 2013 she led a group of students, alumns, and administrative colleagues on the Austin Seminary travel seminar,Â The Way of St. James: On the Pilgrimage TrailÂ and looks forward to leading that seminar in the future.Â

Married to an Orthodox Christian, her participation in the Byzantine Rite continues to inform her comparative analysis of practices including ritual performance, hymnography, preaching, chant, liturgical calendar and its celebrations, the catechumenate, marriage, funeral, and ordination rites, sacramental enactment, morning and evening prayer, and the Sunday Liturgy. Â

Dr. Lord has served as acting associate dean for Academic Affairs at Austin Seminary and led the efforts to establish Austin Seminaryâs Master of Arts in Ministry Practice degree (MAMP) and the Certificate In Ministry program (CIM - the seminaryâs initial online education offering) and served as faculty member of the Board of Trustees.Â  She is passionate about teaching and about scholars who think about teaching. She has benefited from the Wabash Center's Workshops and Small Project Grants and is a participant and presenter at events convened by the Association for Theological Schools.Â  She serves on the Advisory Committee for Women In Leadership for ATS. Dr. Lord travels nationally as a conference leader, consultant, and liturgist/preacher.