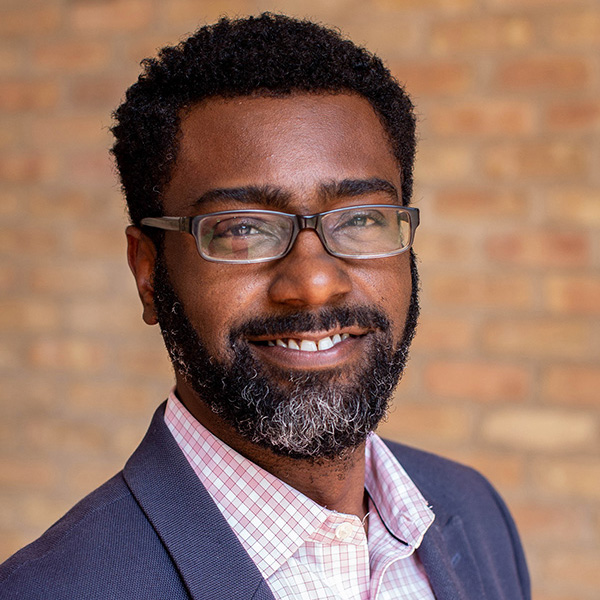 BA, University of Texas at Austin

PhD, Vanderbilt University; Dissertation: "The One and the Many: A Discourse Analysis of Sovereignty in Liberal Civic Republicanism with Prospects for an African American Political Theology"

Dr. Asante Todd (MDivâ06) joined the Austin Seminary faculty in 2013; he is a member of the Theological-Historical Department.

Todd served as a visiting lecturer during the 2011-2012 academic year through a fellowship with the Lilly Endowmentâs âTheology and Practiceâ program at Vanderbilt University Divinity School, where he attended graduate school. He joined the faculty in 2013, and in 2016 he became assistant professor of Christian ethics.

Todd earned an undergraduate degree from The University of Texas at Austin in 2002 and the Master of Divinity degree from Austin Seminary in 2006. During his years as an Austin Seminary student he served as president of the student body and received the Rachel Henderlite Award, given to a graduating student who has made a significant contribution to cross-cultural and interracial relationships while at Austin Seminary. He earned the PhD from Vanderbilt University in 2016; the title of his dissertation was âPolitical Sovereignty and its Theologically Cultured Despisers: Prospects for an African American Political Theology.â A native of Midland, Texas, Todd has also worked in the Texas State Legislature, for the Austin Area Urban League, and has served as youth minister. Â

Alongside the Lilly Endowmentâs âTheology and Practiceâ fellowship, Toddâs other awards include the 2011-2012 Fund for Theological Education Dissertation Fellowship, and more recently, the 2017 Wabash Center for Teaching and Learning Workshop for Early Career Theological School Faculty Fellowship. His publications include âThomas Hobbes on Human Nature,â an essay in Beyond the Pale: Reading Ethics from the Margins (Westminster John Knox Press, 2011) and a chapter, âBlack Lives Matter and the New Politics,â in the new bookÂ  Faith and Resistance in the Age of Trump (Orbis Books, 2017).

Asante Toddâs general area of research is public theology, the ways in which theological and religious commitments impact public debate, policy, politics, and opinion. He also desires to think with religious communities about social consciousness and democratic responsibility.
Â